Welcome to the Geograph Worldwide Homepage

Geograph is a concept and open source code for a online website to create a comprehensive collection of photographs capturing every part of given region.

Currently there are three active projects, shown below - including a photograph from each.

Today's Photo of the day

With the loch side road to Strathcarron closed by a rock fall Highland Council hired the MV "Glenachulish" in January 2012 to temporarily re-establish the vehicle ferry crossing between Stromeferry and North Strome. This six-vehicle community owned ...

Today's Photo of the day 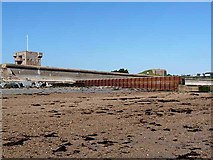 Fort Henry, one of the numerous 18th-19th century fortifications on Jersey stands behing the sewer outfall. A further fortification - this one dating from World War II - can be seen further along the bank.

Geograph Britain and Ireland, also has a slightly simplified site schools.geograph.org.uk intended for use within Schools.

... and a sub-project just focusing on images in Ireland, www.geograph.ie.

Geograph Germany/Deutschland, also has a German/Deutsch language version at geo.hlipp.de.